The Grand Annual is an Australian Thoroughbred steeplechase horse race that is run at Warrnambool, Victoria during their annual May Racing Carnival festivities. The Grand Annual is run on the second day of the two day occasion, and is the climax to the event. The distance in this tough race is officially listed as about 5500 metres because many sections of the race are run in open paddocks with little or no fences. The race is renowned for being the longest horse race run in Australia on a public course. There are 33 obstacles, which is more jumps than any other steeplechase in the world.

The race does not follow any conventional course. Competitors leave the Warrnambool racecourse, gallop through paddocks and over roads in a clockwise direction. When finally the horses then re-enter the racecourse itself, they finish in an anti-clockwise direction round the track. The race features a section in open paddocks. Due to the fact that the horses turn left on the first lap and right on the second, has created problems on many occasions when horses have tried to veer left rather than right second time around.

It is therefore a given that key knowledge of the course, coupled with extreme fitness and stamina are essential for both horse and rider if they are to be successful at the Warrnambool Grand Annual . With the Great Eastern Steeplechase and VRC Grand National it is considered to be one of the top three Australian steeplechase races.

Similarly, and for the same reasons, the key to improving ones chances at the horses, and winning that life altering amount of money, is to become as informed as possible. Betting on online horse betting Australia without proper knowledge of what you are actually staking your money on, is, euphemistically put; risky. Like wagering hard-earned cash on a horse because it has a nice name.

Deeply steeped in Australian history, the Grand Annual is known to have had an early start. When the early Irish settlers came out to Warrnambool, jumps racing was about the second thing they ever did. The settlers, who loved their horses raced them all over, on beaches and over fences, the moment they had settled in the area. The town, and entire region, feels compelled to keep the legacy alive and is completely in support of the carnival and events that take place there annually. 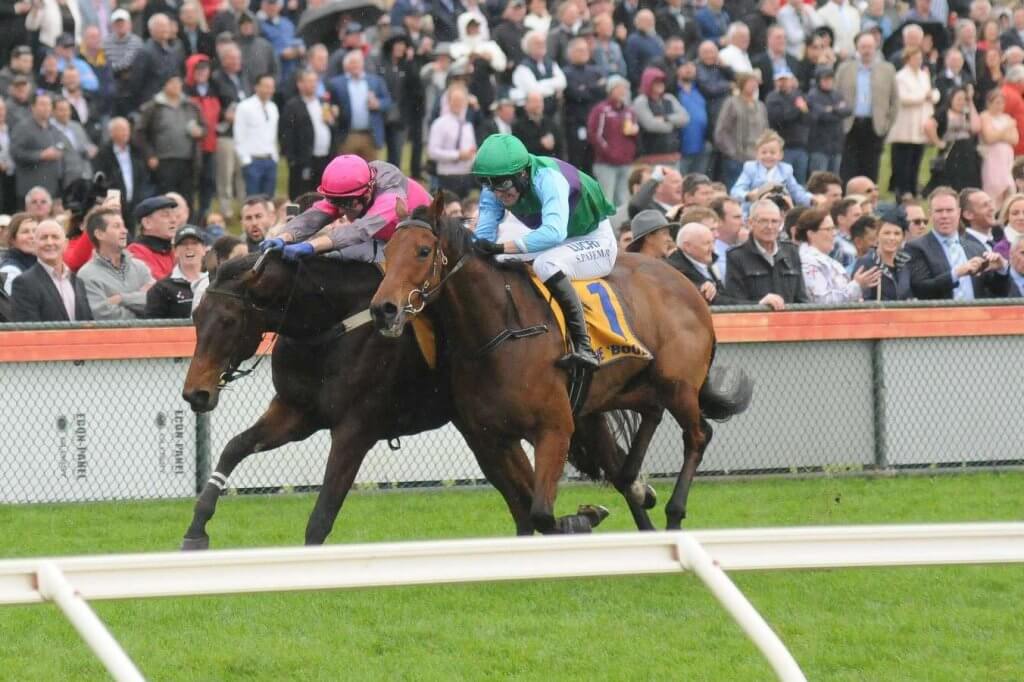 History of the Grand Annual

The Grand Annual, officially, was first run in 1872. It was known as the Warrnambool Handicap Steeple until 1877, the Grand National Steeple from 1878 until 1881, the Warrnambool Handicap Steeple again until 1894, and the Grand Annual Steeple since 1895. Today, thousands of punters descend on Warrnambool every year, in Victoria’s south-west, for the annual May Racing Carnival and the Grand Annual Steeplechase. These numbers are growing too, as country horse racing in Australia increases in both popularity and prize money. Online access and bookmakers making a wager on these events possible has also contributed to the growing popularity and attraction of the horse races, particularly the larger events.