Chase the Ace is a Canadian lottery that gained popularity in 2013. It is primarily a charity lottery, used to create funds for various groups. Chase the Ace started when the community of Noel, Nova Scotia borrowed the idea from a fundraiser in Inuvik, which has been run to create funds for flood lights on a local sports field. They applied for, and were granted a licence to run the lottery officially, making them the first organisation in Canada to do so.

The first Chase the Ace was incredibly successful, and ended up with a lottery of $209,752.50. The idea caught on like wild fire, and in 2015 about 300 licenses for Chase the Ace lottery were granted just in Nova Scotia over a period of twelve months. The lottery has since been run in both Newfoundland and Edward Island very successfully. So successfully in fact that a game in Inverness, Nova Scotia, was so hugely attended that extra facilities had to be built. The game had started in 2014, and had run for long enough to accumulate a massive jackpot. In the summer of 2015 about ten times the amount of people who actually lived in the village showed up for one of the final draws. This of course was many more than expected and extra venues and parking had to be sorted out pretty quickly.

A temporary cell phone tower even had to be erected. The event took place on the 26 Nov 2015, and at that stage the jackpot was nearly 1.5 million dollars. The crowds waited anxiously, but the Ace was still not drawn from the remaining six cards.  Organisers had to declare that the following Sunday would be the last and final draw, come what may. The rules would have to be changed to ensure that the jackpot was in fact won by someone. If the initial lottery winner does not draw an Ace, then another ticket would be selected to make a draw, and the winner would win a consolation prize of $25 000 and have a chance to make anther draw. This would carry on until someone picked the Ace. This decision was made due to the massing crowds, and fear over public safety and a lack of decent toilet facilities. 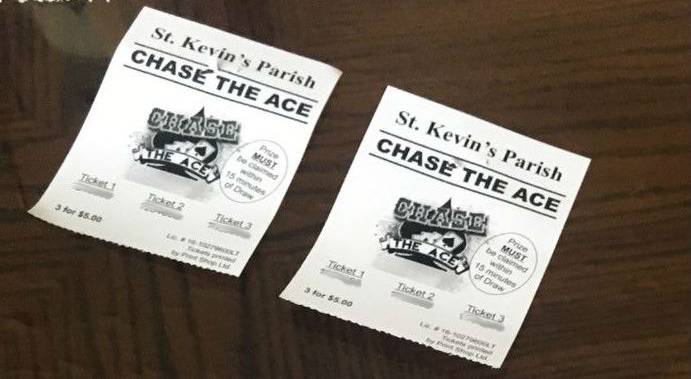 How to Play Chase the Ace

Chase the Ace from echeck casino canada is a lottery, so the first step in participating is to buy a ticket. The tickets are only sold at the venue at which the draw is going to take place.  The jackpot accumulates from week to week, and participants have to buy tickets each week to take part. Only ticket holders will be able to win the jackpot, and they have to be present at the draw. No one can substitute. A ticket is then drawn by the organisers, and the winner of the ticket gets to come up and draw a card from a deck. The wining card is the Ace of Spades, and if it isn’t found, then the lottery carries on to the next week, with its jackpot growing as people buy new tickets.